Campaign Concept for the Distribution and Logistics arm of APN Regional Media who identified the potential to further utilise it’s existing distribution network which had extensive spans through Queensland and Northern New South Wales. This campaign was an early experiment and concept exercise to test the companies decision makers appetite to proceed with the project.

*This project was completed while working as an Art Director at 8am Advertising. 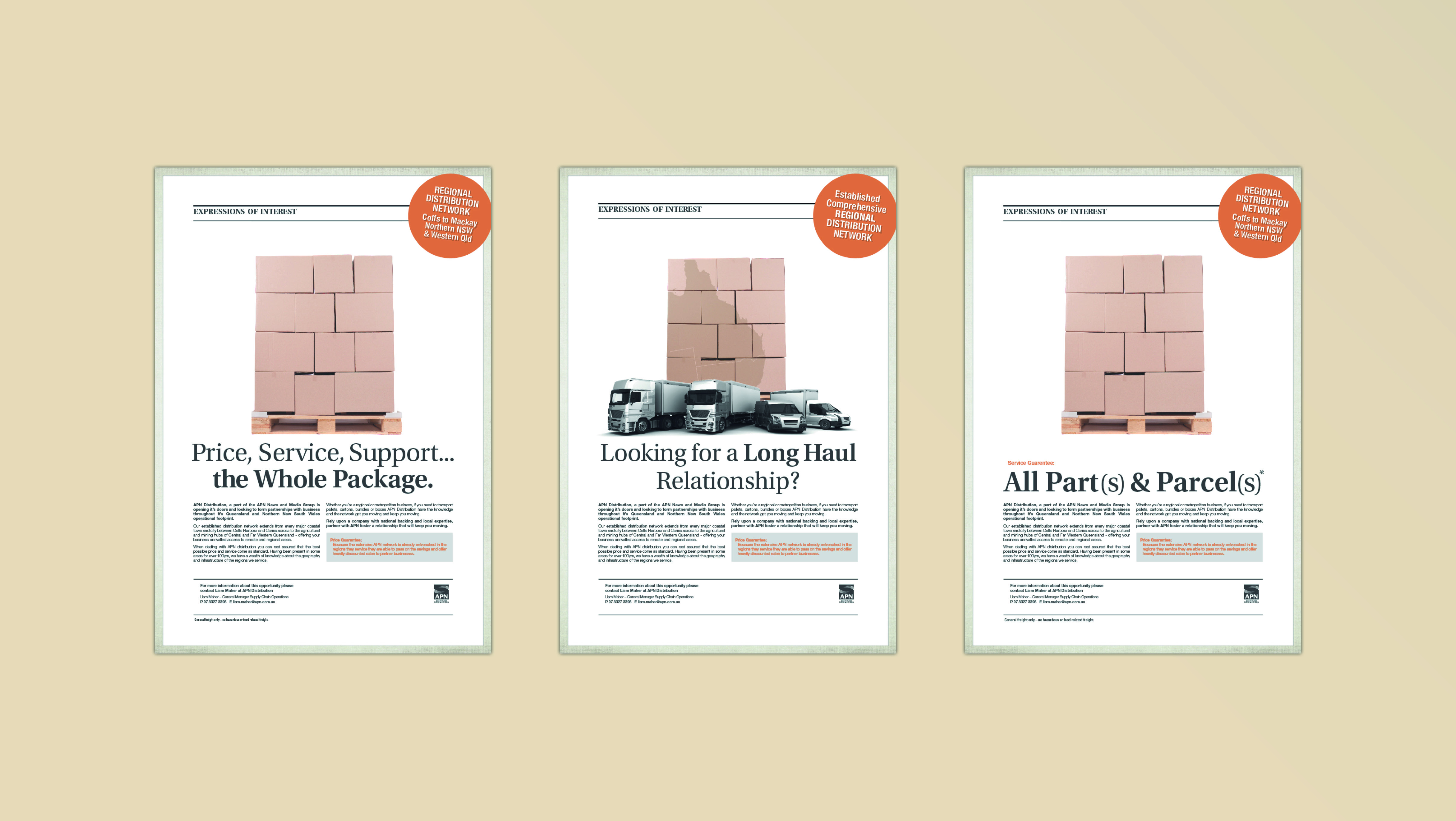